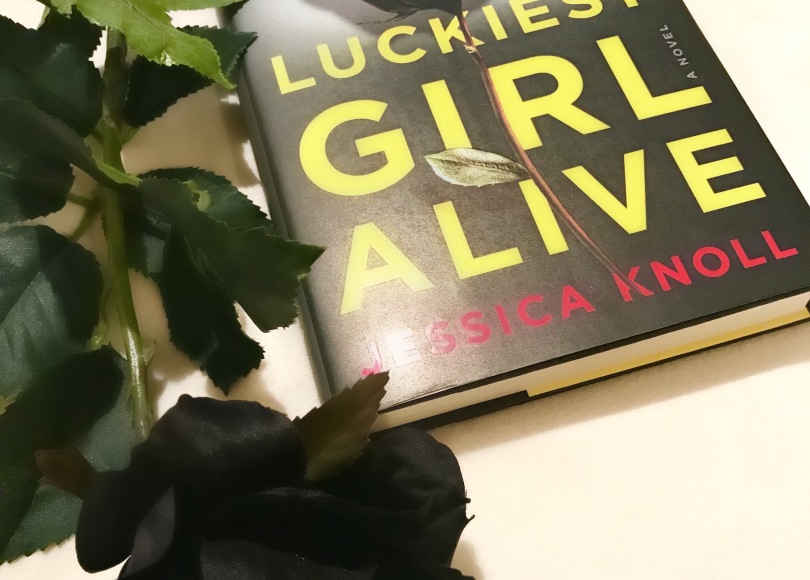 Let me start by saying this book would make for a great movie! 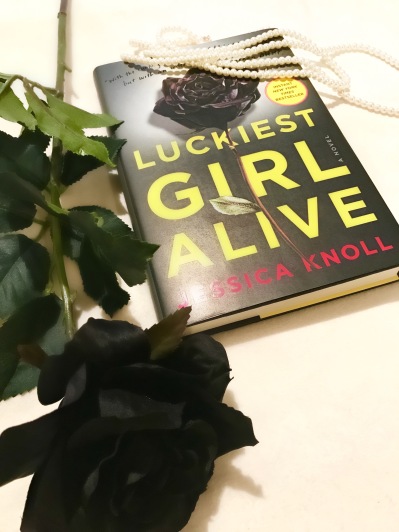 Luckiest Girl Alive is the story of Ani FaNelli and is told from her point of view. Ani is 28, living in New York City, working a glamorous ‘city girl’ job, engaged to a wealthy, loving man and planning the perfect chic wedding. She looks exactly like whom she believes she needs to be, this picture perfect person she dreamt up in her youth. Muy sofisticada!

The story gives us moments of Ani’s present day life as well as glimpses of her past. She is scheduled to give an interview about a tragedy that happened in her high school, which a documentary is being made of, so she is mentally prepping for that. Here’s where it gets good! Thru-out the story bits and pieces of Ani’s teenage years are revealed as she remembers certain things, for the majority of the book I believed the documentary to be about Ani’s sexual assault. Ani was raped at a party by multiple boys in her high school but it all was basically swept under the rug and their (the boys) teenaged lives continued without skipping a beat. While Ani was ostracized, the boys were popular athletes and good-looking and BOYS, so shrugs no big deal on them. I was furious for her while reading the book, we’ve all seen stories on the news of sexual assaults being covered up because the offending boy was a popular athlete, we’ve all been witness to girls names being dragged thru the mud for their sexual activity while boys are crowned for the same. *INSERT EXTRA DRAMATIC EYE ROLL* Que maldita doble estandar mas estupida! I was even more furious when her own mother makes comments insinuating that basically Ani brought this on herself because she went to this “party” and was the only female hanging out with these boys and she was drinking. AS IF THIS EXCUSES SEXUAL ASSAULT IN ANY WAY, SHAPE OR FORM! Ughhh, I wanted to yell at her mother, darle una bofeta de’l diablo! HOW DARE SHE! I believed this is what the interview was about, a documentary was being made about this young girl who was raped and she was finally going to tell her side of the story. 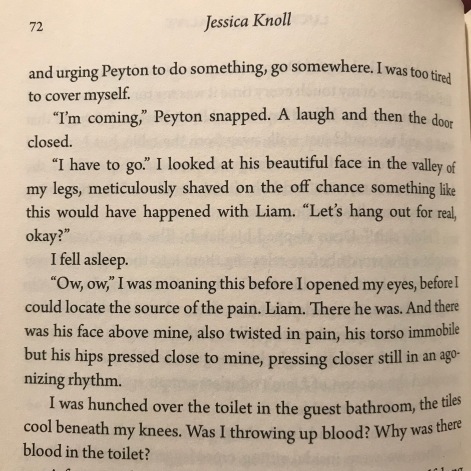 The documentary was actually about a school shooting, carried out by two boys who had been bullied by the very same “popular crowd”, one of which was her closest friend. *INSERT WTF FACE* I did not see that coming at all!

The school shooting is relived as she tells her side of the story for the documentary, readers get a detailed description of the day thru her eyes. The boys who carried out the shooting had a list of people they wanted to kill, of those people only two survived, Ani and one of the same guys that raped her. I’m still unsure if Ani was included in the shooters list, at one point I did get the impression that her former friend intended to kill her as well but I don’t know. I guess that moment can be left up to the readers interpretation. In the end Ani finds herself and decides to stop crafting this ‘perfect life’ as a way to escape the realities of her past.

All things considered I give this book 3 stars. The story itself was great but for the 1st half of the book I felt like I was dragging myself thru the pages. Forcing myself to finish reading it just because I’d already started. However, should this book be adapted to the big or small screen, I will absolutely be watching it!

Thanks for chatting with me – V

This year I set a goal to become an even better mom to my daughters. So I asked them to write me a list of five things they like about me as a mom & five things they would like to see me do differently. Always striving to be the best version of myself not only for myself but for the ones I love too. #momgoals #happyspousehappyhouse #selfimprovementdaily #555
Be looking for a relationship because the cost of living is kicking ya ass, not for love & life long companionship
Being an effort person to people who take but never tip their own cups to pour into yours is mentally & emotionally taxing. It’s disappointing & isolating. & for people who are high effort people it’s equally disappointing to have to repress because there’s no reciprocation. High effort people find joy in giving, in making people they deem special feel special & appreciated, but even wells dry up when they aren’t being filled too… #v_unedited #thediscussioncypherpodcast 🧿 My Podcast will be ‘up & running’ again soon! 🤞🏽🙏🏽🧿
13th anniversary date night with My Love 🖤🧿 #stonedpizzanyc #stonedpizza #anniversary #datenight #datenights #eastvillage #nycfood
I’ve always been 🔥
NO! White Jesus be a fence! Don’t be tryna put that mal de ojo on me weirdo 😭